The economy is picking up slowly, but plastic companies are booming

Although China's economy is still in a relatively slow growth trend. However, many foreign-funded enterprises in the plastics industry chose to make a lot of huge-scale investments at this time. These investments include new bases and expansion of factories. It also includes new production lines to further expand production capacity. Chemical giants such as LANXESS and Dow have made such large-scale investment moves and announced their development strategies in the Asia-Pacific region in a high-profile manner.

Other medium-sized foreign-funded enterprises have successively made expansion and investment plans. When the economy is relatively stagnant, does investing heavily means taking great risks? Inheritance Plastics editor believes that this is a good opportunity for these foreign companies to take the lead and take the lead. From a macro perspective, the Asia-Pacific region centered on China is still the fastest growing region in the world. The material market here is facing a new situation of comprehensive renewal and growth. Secondly, these foreign-funded enterprises are able to afford them in terms of strength, and these expenses during the economic crisis, from another perspective, when the economy is relatively depressed, the cost of investment will be relatively lower. It will take some time for the construction of factories or equipment to be built, and the economy will gradually pick up during this time. At that time, the expanded production capacity can correspond to the huge demand brought by the rebounding market. If you wait until that time to expand production, it may be too late.

However, in the author’s opinion, such investment is not necessarily fully applicable to Chinese companies. Chinese plastics companies should formulate the most appropriate strategies and deployments according to their actual conditions. For most Chinese companies, provide companies with Competitiveness, the most important thing is to provide the technological content of the product, rather than blindly follow the trend. 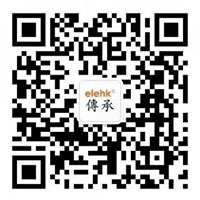 About us
Development course
Enterprise
Certificate